Mistress Lina did not like how this guy talked to her. He was rude and when she confronted him, he doubled down instead of apologizing. Pissed, she caught him by surprise and she choked him. She had a strong grip and much as he tried, he could not break free from her choke hold. He tried to apologize to her so that she could let him go but it was too late. 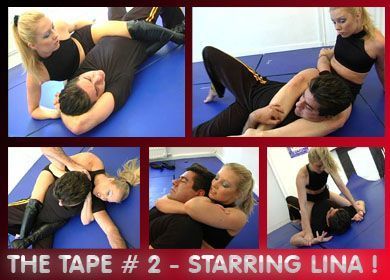