Mistress Robin is a wrestling champion. She loves keeping to herself but she had moved cities and joined a new gym. She met this guy who was rude and cruel to others. They feared him because he was strong and they tried to avoid him. She kept quiet until he messed with her. Then she turned on him and wrestled him and beat his ass. She defeated him by choking him and head locking him. 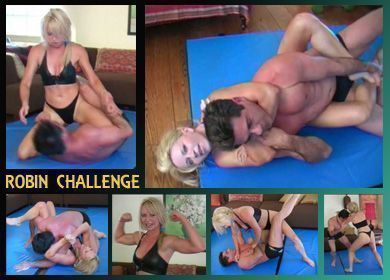