Mistress Jet humiliates guy for being a jerk

Jet is a hot mistress. She loves to prove guys wrong and today she did it again. She saw this guy being a jerk and she called him out on it. He was pissed and he tried to hit her but she ducked and tripped him and he fell down. He was pissed but when he got up to fight her, she wrestled him to the ground and she choked him with her sleeper holds and her martial arts skills till he surrendered. 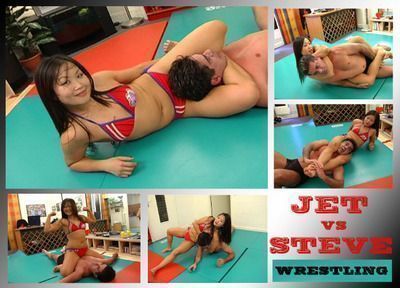