All articles tagged with "Anne"

Anne may have thought she knew everything about her boyfriend but she just found out something new. She was looking though a magazine and came across a DVD. She starting playing and found a dirty wrestling movie that starred him! She wasn't going to let him get away with it so she tricked him onto his back and immediately tied up his hands. Now it's time for her torture him with her dirty pussy and smelly feet. 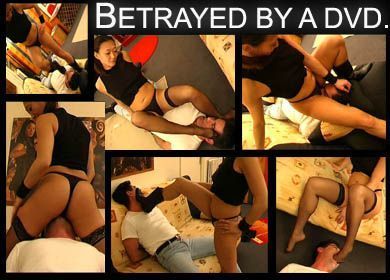