All articles tagged with "Tight Grip"

This guy was a con and he made money in a dishonest way. He tried to con this mistress but unlike his other victims, she was not going to let him get away with it. He conned her alright but she hunted him down and she dominated him after she wrestled him. The mistress choked him and kicked him brutally using her martial arts training and he peed his pants. 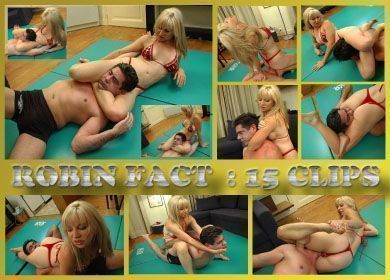 This guy wanted to learn about wrestling and martial arts. But when he realized that his instructor and teacher was a girl, he felt like he had wasted his money in joining. He did not think he could learn anything from her. She could read what he was thinking and so she invited him to a wrestling match. He was shocked at how he could not do anything to her and she beat the shit out of him. He took it seriously after that.

Mistress Mina was anxious about the success of her event. She did not want anything to go wrong so she punished her slave to make sure he was more careful than usual. She acted as if something had gone wrong and that she did not want anything else to go wrong. So she choked him after she had wrestled him to the ground. She pinned him down and used her chokehold to dominate him.

The women's champion and the men's champion in wrestling had an argument and it ended up with them fighting. The guy underestimated his opponent and thought it would be a walk in the park. He was shocked when she tricked him and held him in a vice like grip. He tried to break free but she choke held him and forced him to surrender before she freed him from the grip. 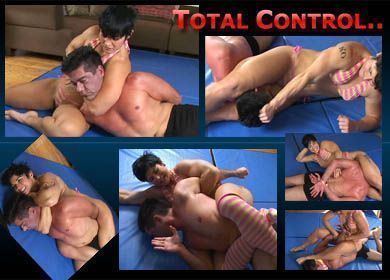